While the first points are the direct consequences of linking the considerations on our individual responsibility with those on sustainability, the latter need some more discussion.

The consequences for us individually are that only relying on rights and insisting on them may not be appropriate any more. Instead, we need to realize that in a limited world boundaries exist that lead to obligations that we need to take into account, in order to get or to keep the system sustainable. This requires an individually different perspective as compared to today. We need to realize the implications of our actions on the entire system, so that we can develop guidelines for our actions. The question we need to ask for any decision would then be how we can individually contribute by our behavior to enhance the sustainability of the system as a whole. This requires to develop a mindfulness for our fellow humans. On a larger scale this also needs to include mindfulnes for other living being, because they share the same environment and fate as we do, as well as the ecosystem.

While such a change in perspective appears a lot of effort, one has to be aware that this actually in large areas just means shifting the focus of attention without significantly more effort. If for example all the effort that we currently invest into selecting the optimal car with respect to its technical performance would instead be focussed on or at least include sustainability parameters, without significant additional effort sustainability could be continually enhanced. Similar considerations apply to many consumer aspects of our life like the next mobile phone or the next holiday destination. This also implies that we become aware of the  aspects of our life that are less sustainable, e.g. where we excessively use energy or food, which could be replaced be more sustainable options.

We have to realize that we are hardly able to understand all details of the many interactions that exist in our earthly ecosystem. At the same time we realize that the interactions are quite complex. As a consequence we are regularly surprised by the reactions of the ecosystem, for example with the hole in the ozone layer or with acid rain. We always realize the consequences of our actions only significantly after they started to become manifest. We rarely foresee such consequences. Realizing that the ecosystem is complex and only partially understood, we can only try to minimize human influence on this system. One way of such a minimization is to reduce population growth. Thus also from a systems perspective, limiting population growth is essential.

We also have to realize that there are no easy fixes for problems occurring in a complex system. The system is so complex that we can hardly overlook all consequences of any fix. The appropriate way to interact with a complex system is to induce small steps in a desired direction and then to carefully observe the reaction of the system. The direction of the changes then has to be continually adjusted so as to lead to a shift of the reaction of the system in the right direction. Unfortunately for sustainable energy transition and sustainable behavior transition, we do not have sufficient time to test small steps. Instead we have to rely on scenarios that are determined from past data, possibly including advanced models of economy, climate, etc. The majority of these scenario studies point in a single direction: If we want to live in wellbeing the described changes in technology and behavior are essentially required.

Since politicians depend on being re-elected, because also they would like to feed their family and pay the loan for their house, they can only step in a right direction at such a small speed that the citizens can follow. Since the citizens are hardly involved in the actual deliberations and decisions, they follow only slowly, so that the entire system can only creep forward. As a consequence it becomes obvious that it is the citizens who need to realize the urgent need to change technology and behavior, because only then such insight can be successfully introduced into the political arena. Thus, it is fundamentally important to improve the way, in which the challenges are communicated. It is obvious that just mentioning selected results of prominent studies may only increase the worries about the future but will not lead to the insight into the main interactions between major drivers as presented here.

Figure 1 schematically shows some of the key relationships between some of the major actors. It becomes clear that each actor has its own goals. The individual citizen wants to live his or her good life, buys and uses goods that are produced for him or her and expects politicians to organise the coexistence for him or her well. The company manager as well as every farmer wants to maximize his profit and that of his shareholders by satisfying the needs of the customers and negotiating the framework conditions with the politicians in such a way that he can achieve this very easily. Finally, as just stated, the politician wants to be re-elected and should control the production of goods in such a way that in the end citizens and producers are satisfied. None of these individual actors has the sustainability of the overall system in mind. Complicating the situation are a number of factors whose influence is exerted outside democratic legitimacy, such as the media, NGOs, lobbying and religions. Their influence is subject to their own rules, which do not necessarily facilitate the achievement of sustainability goals, even with the good will of all main actors. The consideration of these interactions makes it clear that only the citizen is able to live the freedom of his decision without restrictions. He decides which goods he buys and uses and which politicians he elects. That is why it is so important that citizens accept sustainability as a goal and act accordingly. Only then can politics and producers follow, since they depend on the decisions of the citizen. 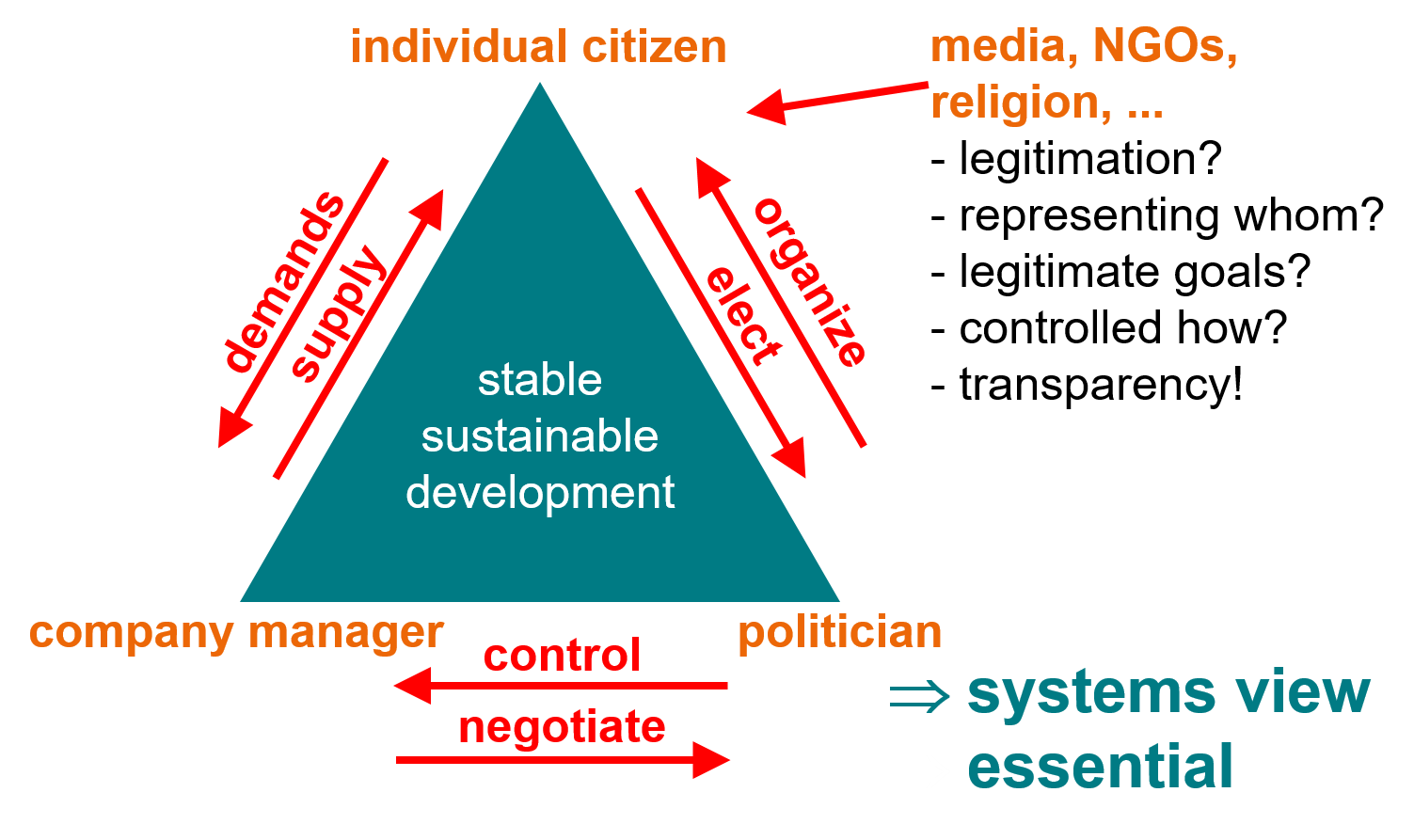 Figure 1: Schematic representation of some relationships between the main actors in the entire system.

Once, the citizens have gained a certain level of understanding for the major interacting drivers, major questions can be asked and answered in a way that may be acceptable to a society:

Many more questions can of course be asked and dicussed. The major interacting factors have been presented. Many factors have even been left out like the scarcity of water and the consequences of climate change. The goal was to arrive at a picture which is simple enough to allow grasping it sufficiently quantitatively so that it can be a guide for individual behavior and political decisions. While the text of this website will be continually refined, essentially new points will be introduced under the headline updates in the main menu.