A Closer Look at Available Studies for Policymaking

The task of the Intergovernmental Panel on Climate Change (IPCC) is to collect and evaluate data on climate change. The IPCC is a panel of scientists from very different disciplines who evaluate existing publications and attempt to develop a consistent picture of the scientific facts. The IPCC itself does not carry out any studies.

In the last major report, the 'Fifth Assessment Report', which was published in several volumes in 2013 and 2014, also population growth was evaluated. Figure 6.1 of the volume 'Mitigation of Climate Change' (Figure 6.1, the upper left graph refers to population growth) shows an evaluation of various studies. Although it is stated in the report that the evaluation of these scenarios does not allow any statement about the probability that the scenarios shown will occur, it is also stated that the statements come from experts and provide good insights into the development to be expected. The graph shows three UN scenarios of global population development compared with the range which 95% of all studies cover with their scenarios. A closer look at the figures shows that the UN scenarios presented in this chart are the most recent at that time, namely those published in 2012. In contrast, the studies evaluated for the graph, which were naturally published earlier, use the UN's medium population scenario, but from earlier versions. As shown in Figure 1, in the studies considered, the medium UN scenario was used in the versions between 2004 and 2010 as far as this was identifiable. In the chart of the Intergovernmental Panel on Climate Change, this is compared with the scenarios of 2012. Since the UN has always increased its scenarios only slightly between publications in these years, the scenarios evaluated lie within a narrow range. This is interpreted such that the scenarios paint a fairly uniform picture, although this is due solely to the fact that all previous studies used the UN's medium population variant, which was only slightly revised upwards each time an update was published. The scenarios are inevitably below the medium scenario shown, also exclusively because the UN has always shifted its forecasts slightly upwards. This gives the erroneous impression that most scenarios in existing studies predict population growth below the medium scenario. This is due solely to the steady increase in UN projections, as all studies for which corresponding information could be found use the medium UN scenario. 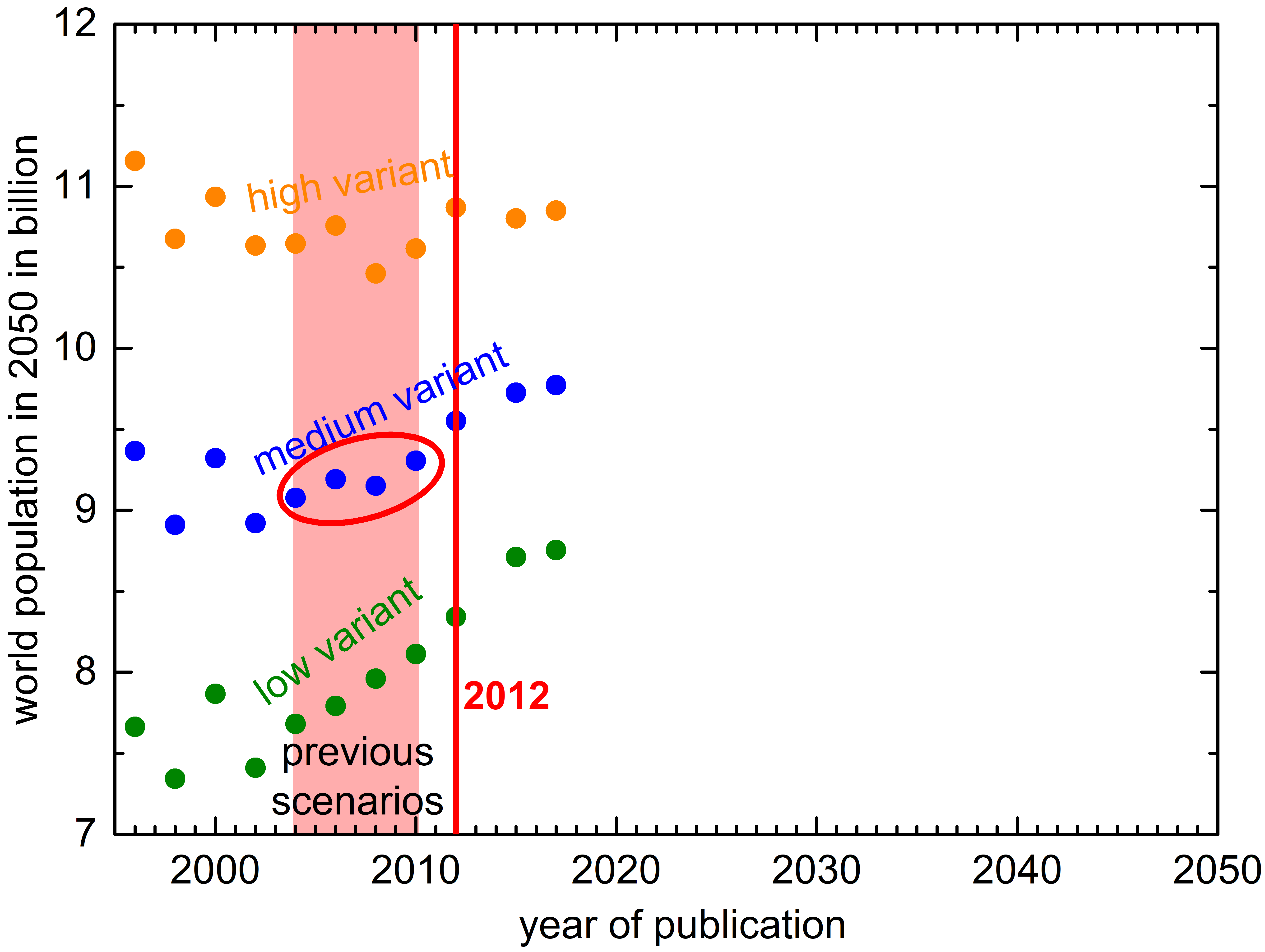 Figure 1: World-population data according to the studies compared in Figure 6.1 of the 5th Assessment Report of the IPCC, data: UN World Population Prospects and earlier versions.

Unfortunately, the latest study of the IPCC, the Special Report on 1.5°C Climate Change of October 2018 (https://www.ipcc.ch/sr15/) also takes into account population scenarios that are far too low and are ultimately based on the UN projections of 2010. This report presents four Illustrative Model Pathways, labeled P1 to P4. These model pathways are selected in such a way that they are able to successfully stop climate change. Figure 2 shows that the population projections on which these scenarios are based are well below the current medium UN population scenario, P2 and P4 even partly below the low UN population variant. Based on current knowledge, these scenarios are therefore clearly assumed too low. As a consequence, in the illustrative model pathways P3 and P4 large proportions of bioenergy are considered, which are produced on 15% and 40% of the arable land respectively. These scenarios of the Illustrative Model Paths take into account so-called negative-emission technologies such as BECCS (bioenergy with carbon capture and storage) and AR (afforestation and reforestation) to a considerable extent to ensure climate protection. These technologies therefore require agricultural land for the production of bioenergy or for afforestation. If the medium or even the high variant of population growth were correctly taken into account, bioenergy would always come into ethical conflict with food security. Bioenergy could therefore not be increased as much as assumed, if demographic trends were realistically taken into account. Accordingly, these negative-emission technologies cannot help to limit climate change to any significant extent, so that the sustainable energy transition will ultimately be much more challenging in realistic scenarios or climate protection goals cannot be achieved. 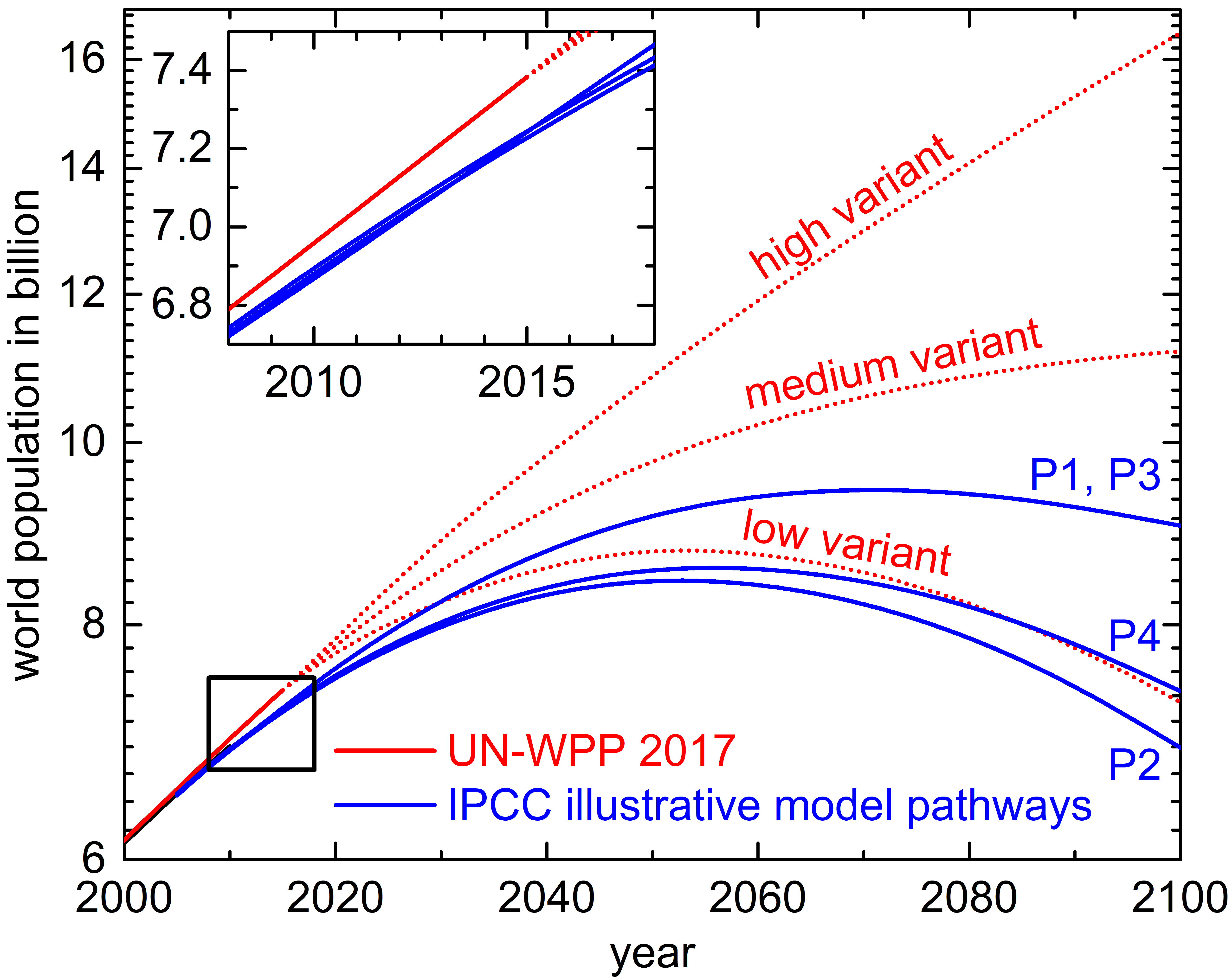 The energy scenarios of the four Illustrative Model Pathways used in the Special Report of the Intergovernmental Panel on 1.5°C Climate Change are shown in Figure 3 in comparison with the own scenarios, which are shown in grey. It is clear that the model pathways P1 to P3 take into account such a rapid reduction in CO2 emissions that they can not realistically be achieved today. The reason for this is that these scenarios are based on earlier scenarios as well. However, since the implementation of sustainable energy technologies was not realized as assumed at that time, the starting point is actually worse than projected and the effort required to make up for this shortfall compared to earlier estimates is significantly higher than shown in the scenarios. Only scenario P4 shows a realistically achievable trend. However, as already described above, large quantities of BECCS and AR are taken into account for P4, which cannot be implemented in an ethically acceptable manner given the high probability of higher population growth than assumed in the scenarios. This means that ultimately none of the energy scenarios in the IPCC's Special Report is realistic and ethically justifiable. 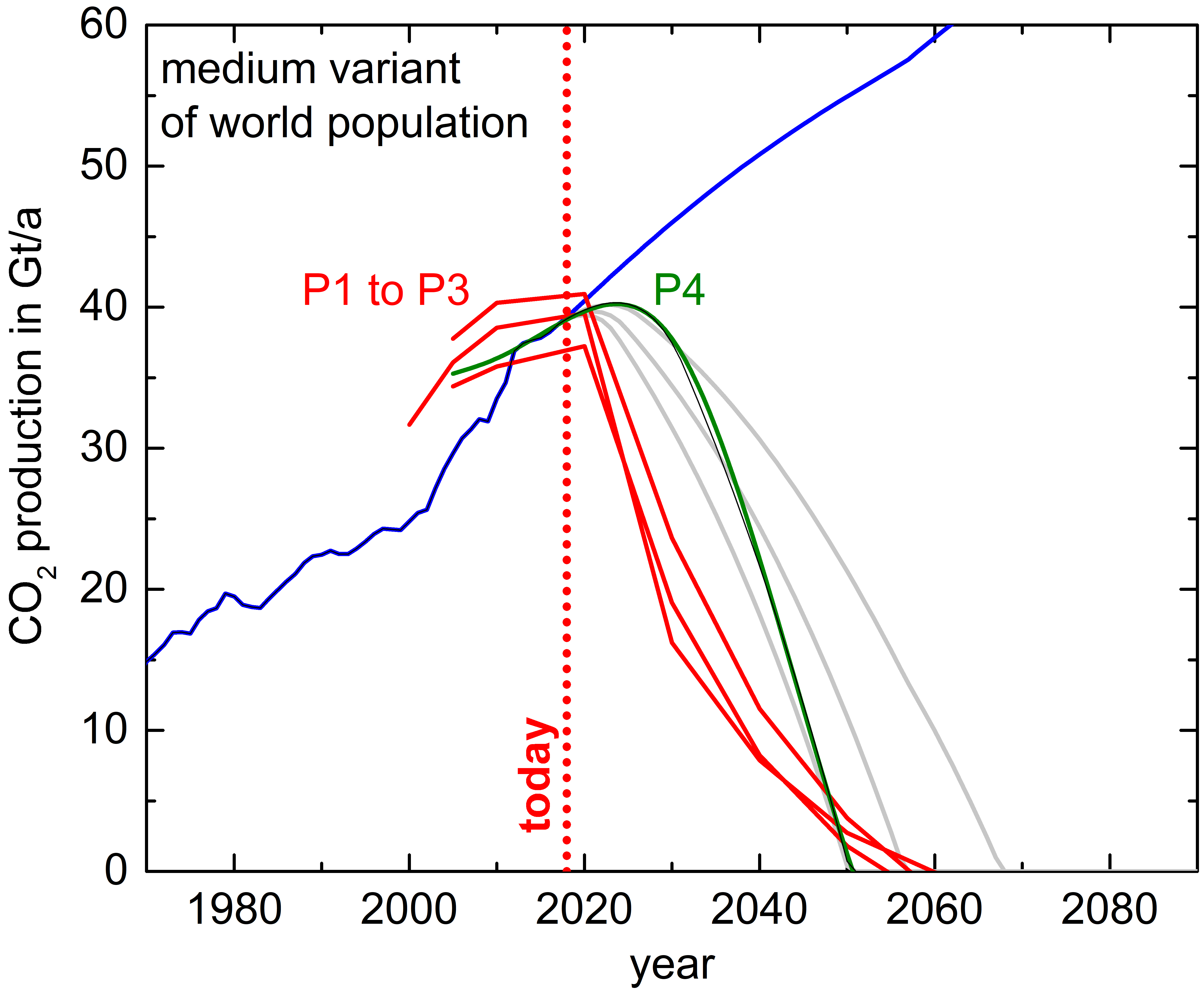 Figure 3: Energy scenarios of the Intergovernmental Panel on Climate Change's special report on the 1.5°C climate change in comparison with own scenarios (data from the special report: https://data.ene.iiasa.ac.at/iamc-1.5c-explorer).

The most recent EU strategy paper on sustainable energy supply, published in November 2018, also includes only the medium variant of population growth according to the 2015 release in the underlying studies (A Clean Planet for all - A European strategic long-term vision for a prosperous, modern, competitive and climate neutral economy (COM(2018) 773 final), and the underlying studies: Analysis in Support and Global Energy and Climate Outlook 2017 - how climate policies improve air quality). As shown, however, the more recent version of 2017 already shows higher population growth and the own metastudy suggests that we might even exceed the high UN population variant if the development continues unaltered. The growth of world population, which is expected to be faster than assumed in the scenarios, thus raises the question of whether the goals can be achieved ethically at all with the means presented.

Overall, the current policy guidelines paint a far too optimistic picture. While the consequences of climate change may be described correctly, the projections of population growth and sustainable energy transition are analyzed only too optimistically (IPCC) or at most using a medium scenario (EU). What is missing is the consideration of less favorable scenarios, which may realistically occur if there is no change of development, as was shown in the own metastudy. Thus, the challenges for mankind will foreseeably turn out to be much more dramatic than is expected today.